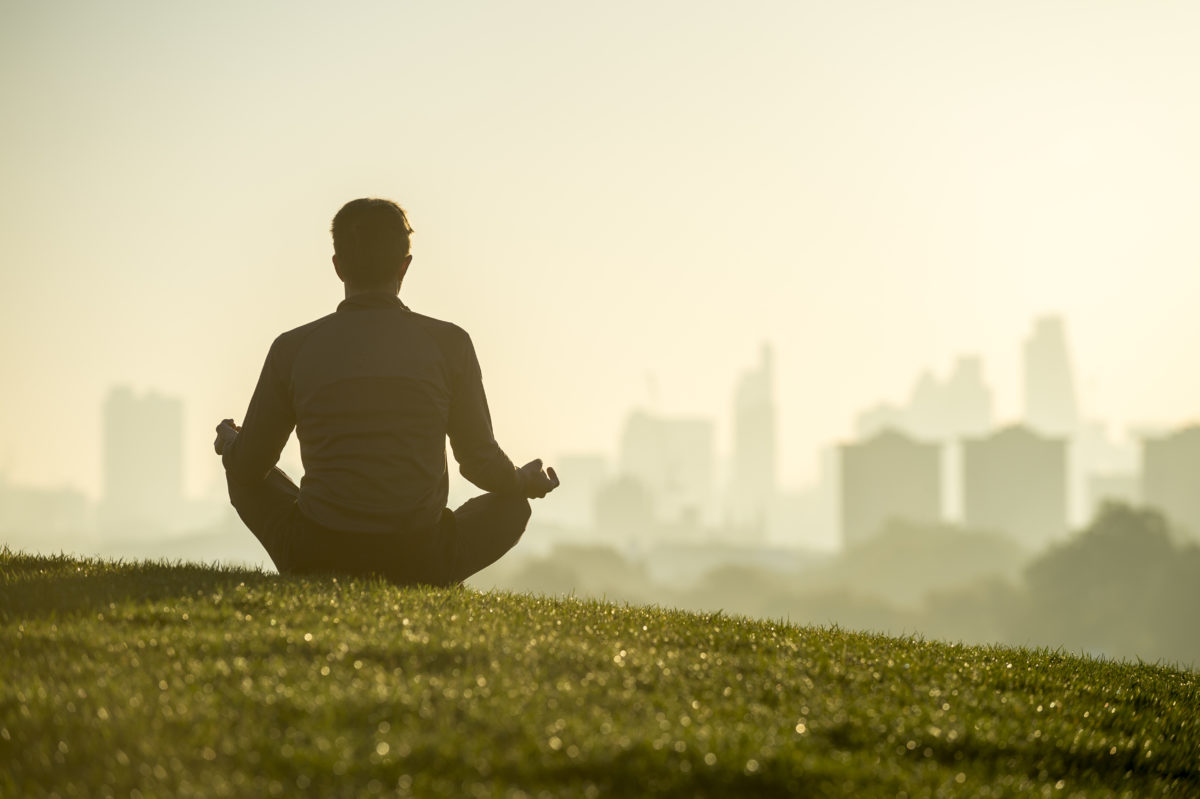 During the past decades there has been a rapidly growing interest in mindfulness-based interventions (MBIs) like MBSR or MBCT. Although a number of clinical trials on MBIs have been conducted, the evidence base for MBIs is promising but still limited. Nevertheless, a rapid dissemination of MBIs has taken place and it can be argued that, in the case of MBIs, dissemination came before evidence. We contend that, in addition to empirical arguments, a complex mixture of historical, social and psychological factors has fueled the acceptance of MBIs in the healthcare systems of Western societies.

Buddhism in the West has two faces that set the ground for the development and dissemination of MBIs in a society deeply influenced by the Enlightenment. On the one hand, it was and still is presented in a rational and pragmatic form, omitting seemingly opaque features of traditional Buddhism. This has made it attractive to science and rational Western thought. On the other hand, for many people Buddhism offers the prospect of an alternative and genuine source of meaning and a way to connect with “bigger-than-self” concerns that might offer “a cure” for the malaise of modernity, with its emphasis on reductionist, instrumental rationality and the demystification of the world resulting from the Enlightenment.

In the humanities and in parts of Western society, discourses exist that posit an economization of society and social acceleration. MBIs that intend a shift towards a more decelerated and non-functionalized contact with the here-and-now might have been seen as an antidote to the acceleration of modern societies and to the increasing salience of mental-health issues.

Role of spirituality in MBIs

During the history of psychotherapy most treatment approaches were highly focused on proving the scientific integrity of their principles and interventions, and, therefore, tried to build their theories upon the current state of scientific knowledge of their time. Remarkably, the developers of MBIs “dared” to derive inspiration from an alternative source and, in addition to scientific evidence, used thoughts and practices rooted in a spiritual and religious tradition to inform their treatment development. This double base of MBIs, which is rooted in evidence-based cognitive behavioral approaches, but is simultaneously inspired by Buddhist thought and practice, might attract people with different personal attitudes towards spirituality and religion. For people who see religion and spirituality critically MBIs could offer an opportunity to experiment with meditation and a non-functionalistic “mode-of-mind” while also keeping their feet on the firm ground of science. For followers of ‘traditional’ Western religions, MBIs might be attractive because they are perceived as being in accordance with important values of the own traditions and because they have the promise of connecting people with “bigger-than-self” concerns..

Stage of development of behavior therapy

In the 1950s most proponents of behavior therapy (CBT) preferred a technical language (e.g.,  reinforcement, stimulus control, contingency management). One motivation for this style of language was to establish behavior therapy as a strict and objective application of basic science. Half a century later, when MBIs were first introduced, the state of behavior therapy was at a totally different stage. Overwhelming evidence had documented its efficacy. There was no longer any need to be concerned about the scientific status of behavior therapy as a treatment approach. Thus, it could be assumed that it was only at this consolidated stage of development that the integration of “softer” principles stemming from a spiritual tradition would be accepted by the scientific community without concerns about compromising the scientific prestige of CBT.

“New kids on the block”

Even under the best conditions, a significant minority of patients do not profit from therapy. Consequently, therapists might often be motivated to search for alternative treatment principles and interventions in the hope of increasing the effectiveness of their work. If initial reports about new treatment principles and interventions appeared in the literature or are communicated at conferences, they might be especially attractive if the rationale and treatment model considerably differs from well-known treatment approaches. When MBIs were introduced, this “new kid on the block” attractiveness might have been especially pronounced since the treatment rationale (e.g., changing relationship to thoughts in contrast to changing content of thoughts; acceptance vs. change) and the style of intervention (use of extensive meditation exercises) differed considerably from established treatment approaches.  In addition, the first larger randomized controlled trials of MBIs have been conducted by highly regarded researchers and published in high-ranking journals. This might have given the alternative and seemingly exotic treatment principle of mindfulness scientific credit. The combination of novel treatment principles and interventions with scientific credit might have motivated therapists to try out this “new kid on the block” in their therapeutic work.

Empirical evidence was important for the dissemination of MBIs. A few decades ago meditation practice seemed to be obscure for many scientists and many people in Western societies. It is only because of the groundbreaking empirical work establishing that MBIs show measurable and clinically meaningful effects that a dissemination could have taken place. However, we argue that empirical evidence was not the only driving force. If our analysis is correct and evidence is not the only driving force for the dissemination of MBIs, it might be important to more consciously examine the potential added-value of MBIs as a cause of their popularity and dissemination. As we have argued, the dissemination of MBIs was fueled by certain social and historical factors. Most importantly, mindfulness offers the promise of a more deeply transforming potential for individuals and society than alternative treatment approaches. It taps into the desire for a more decelerated, centered, simplified and holistic way of life that many people in modern Western societies seem to have. It would be wise to conduct research on this “surplus” to efficacy and effectiveness of MBIs and to more explicitly discuss it in the context of the dissemination of MBIs.

Michalak, J. & Heidenreich, T. (2018). Dissemination before evidence? What are the driving forces behind the dissemination of mindfulness-based interventions?Clinical Psychology: Science and Practice. Doi: 10.1111/cpsp.12254

Johannes Michalak, Ph.D., is a licensed Psychological Psychologist and Full Professor in the Department for Psychology and Psychotherapy at the Witten/Herdecke University (Germany). His research primarily focuses on mindfulness-based interventions and embodiment in mental disorders. He has received funding for his work from several organizations, including the German Science Foundation and the Human Frontier Science Program. Dr. Michalak has written over 180 articles and chapters.

Thomas Heidenreich, Ph.D.,is a licensed Psychological Psychotherapist and Full Professor in the Faculty of Social Work, Health and Nursing Care of Esslingen University of Applied Sciences. His research interests focus on mindfulness-based interventions and prevention of substance use disorders. He has received funding for his work from several institutions, including the German Health Ministry, the German Research Ministry and the European Union. Dr. Heidenreich has written over 200 articles and chapters.