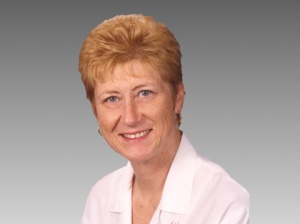 Each year since 1968, the Jellinek Memorial Award has been given to the person considered to have made the greatest scientific contribution to problems relating to alcohol in the research area designated for that year.The awards are made in four annually rotating subject areas: (1) Biological and medical research; (2) Social cultural and policy studies; (3) Behavioral (Clinical and Experimental) studies; and (4) Epidemiology, population studies. The 2014 award is being presented in the area of Behavioral (clinical and experimental) studies to Linda Carter Sobell, Ph.D., ABPP for her outstanding behavioral research on alcoholism, including development of empirically-based tools for the study of drinking behavior.

Dr. Linda Carter Sobell is a Professor and Associate Director of Clinical Training at the Center for Psychological Studies at Nova Southeastern University (NSU) in Fort Lauderdale, Florida. She is also Co-Director of the Guided Self-Change Clinic at NSU. Prior to this, Dr. Sobell was a Senior Scientist at the Addiction Research Foundation (Canada) and a Professor at the University of Toronto. She received her Ph.D. in psychology from the University of California at Irvine. She is nationally and internationally known for her research in the addictions field, particularly brief motivational interventions, the process of self-change, and the Timeline Followback. Dr. Sobell is a Fellow in the American Psychological Association, a Motivational Interviewing Trainer, and is Board Certified in Cognitive and Behavioral Psychology, American Board of Professional Psychology. She is also board member of American Board of Cognitive and Behavioral Psychology, Affiliate of the American Board of Professional Psychology (ABPP).

Dr. Sobell has given over 300 invited presentations/workshops, published over 280 articles and book chapters, serves on 9 peer-reviewed editorial boards, and authored 8 books. Her most recent book is titled Group therapy with substance use disorders: A motivational cognitive-behavioral approach [2011, Guilford Press, NY;]. For over three decades she has been the recipient of grants from several federal agencies. She is past president of the Association for Behavioral and Cognitive Therapies and of the Society of Clinical Psychology of the American Psychological Association.

In recognition of her research accomplishments, she has received several awards including the Betty Ford Award from the Association for Medical Education and Research in Substance Abuse, the Norman E. Zinberg Memorial Award from Harvard University, the Distinguished Scientific Contribution Award from the Society of Clinical Psychology of the American Psychological Association, the Lifetime Achievement Award from the Addictions Special Interest Group of the Association for Behavioral and Cognitive Therapies, the Brady/Schuster Award for outstanding behavioral science research in psychopharmacology and substance abuse from Division 28 of the American Psychological Association, and the 2008 Charles C. Shepard Science Award for the most outstanding peer-reviewed research paper on prevention and control published by Centers for Disease Control/ATSDR scientists.

The award will be presented to Linda at the 48th annual convention of the Association for Behavioral and Cognitive Therapies in Philadelphia, PA on November 21st.