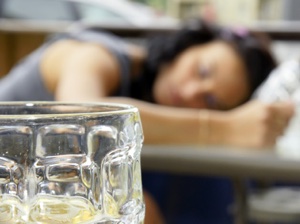 Social influences are a primary contributor of heavy drinking among young adults (Neighbors, Lee, Lewis, Fossos, & Larimer, 2007). Social norms refer to a specific source of influence defined as typical behavior (descriptive norms) or typical level of approval (injunctive norms) in a given reference group. For the purposes of our discussion we will limit our focus to descriptive norms. Social norms have also been distinguished between perceived norms and actual norms. For example, believing the typical college student on your campus consumes an average of 10 drinks per week would represent a perceived norm. The actual average number of drinks consumed by a typical student on campus would represent the actual norm. 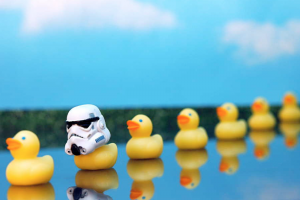 A number of studies over the past few decades have shown two consistent findings regarding associations among individual students drinking, perceived norms for drinking, and actual norms for drinking. First, perceived norms are strongly associated with one’s own drinking (Neighbors et al., 2007; Pedersen, LaBrie, & Hummer, 2009). This finding has been demonstrated both cross-sectionally and prospectively, and multiple processes appear to contribute to this association, including conformity and projection. Students want to feel included and anticipate positive social reinforcement for engaging in behaviors that they believe are representative of their peers (conformity). At the same time, projection processes suggest that students’ estimates of peers drinking are to some degree anchored to their own drinking. Thus, a given student who drinks 20 drinks a week may think their peers drink 25 drinks a week, whereas a student who drinks 5 drinks per week may think that peers drink 9 drinks per week.

These two findings have contributed to multiple strategies for reducing drinking by attempting to correct normative misperceptions. Personalized normative feedback is an intervention approach that has been relatively successful (Carey et al., 2007; Cronce & Larimer, 2011; Lewis & Neighbors, 2006). This approach typically targets heavy drinking students. Students are asked about their own drinking and their perceptions of typical drinking among other students on campus. They then receive personalized feedback that presents three types of information: 1) their own drinking; 2) their perceptions of typical student drinking; and 3) actual typical student drinking (usually with source information about how actual norms were assessed). This feedback implicitly communicates two discrepancies: “You think other students drink more than other students actually drink”; and for heavy drinking students, “You drink more than most other students”. A number of randomized trials have found a one-time administration of this feedback results in reductions in drinking of up to 25% for up to 6 months. Several studies have also demonstrated that changes in perceived norms mediated intervention efficacy. In multi-component feedback-based brief interventions for college students, PNF has been almost universally included as one of the components, and in these cases changes in perceived norms has been most consistently identified as a mediator of efficacy relative to other components.

The majority of the literature evaluating social norms approaches to reducing drinking among young adults has considered the correction of normative misperceptions as the primary mechanism by which PNF works (Neighbors, Larimer, & Lewis, 2004). That is, the implicit assumption was that the discrepancy suggesting “You think other students drink more than other students actually drink” was necessary to reduce drinking. We wondered whether this was necessarily the case. Perhaps, results were more to social comparison, represented by the discrepancy suggesting “You drink more than most other students.”

Results demonstrated reductions in drinking three months later in both the PNF and Social Comparison feedback conditions relative to control, and that changes in perceived norms at three months mediated effects of both interventions on six-month drinking, relative to control. Moreover, neither changes in norms nor changes in drinking significantly differed between the two intervention conditions.

Overall, results suggest that social comparison alone is sufficient to reduce drinking and will also result in reduced perceived norms, which mediate intervention effects. In short, showing individuals that their drinking is outside of the normal range can have a significant impact on drinking. There may still be value in keeping perceived norms in the feedback as a way of softening the message among individual who might otherwise become defensive.

Clayton Neighbors is Professor and Director of Social Psychology at the University of Houston in Houston, TX. His work has focused primarily on the influence of social norms on risky behaviors among young and emerging adults. Additionally, much of his work has focused on brief motivational interventions (BMIs) that are focused on changing normative perceptions of descriptive and injunctive norms related to risky behaviors.

Dipali V. Rinker is a Research Assistant Professor in the Department of Psychology at the University of Houston in Houston, TX. Her work has focused primarily on social influence and normative misperceptions, characteristics of risky college drinkers, and social networks and college drinking.