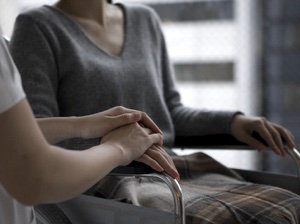 Saritha is a second year M.S. student at DePaul University. Her research interests include child and adolescent psychology and neuropsychology.

This blog piece explores neurorehabilitation, a personalized, multidisciplinary treatment approach designed to concurrently address impairment caused by nervous system injury, as well as co-occurring psychological symptoms. Psychological problems can be pre-existing or can manifest as secondary to the injury. Either way, these problems carry the potential to exacerbate a patient’s physical symptoms and compromise recovery and treatment. A comprehensive neurorehabilitation approach involves a multidisciplinary treatment team comprised of specialists from disciplines including but not limited to neurology, psychiatry, psychology, occupational therapy, social work, robot-assisted therapy, and nutrition. This comprehensive and collaborative approach has the advantage of facilitating co-management of symptoms and identifying when a particular treatment modality may be contraindicated due to comorbid symptoms – the end goal serving to improve patients’ well-being and help patients to achieve a desired level of functioning.

Neurorehabilitation as a form of treatment for neurologic disorders was considered neurological physical therapy in the early 20th century. This involved exercises to correct muscle dysfunction. As the field of neurological physical therapy evolved, various treatment modalities were added and research examining the benefits of neurorehabilitation following nervous system injury began to emerge (Carr & Shepherd, 2006). Since then there have been some evidence of efficacy using randomized controlled methods; however, the field begs for more research in this area. In one Randomized Control Trial (RCT), patients suffering from progressive multiple sclerosis either participated in an inpatient rehabilitation program for four weeks or were placed on a waitlist. At the end of the four-week program, those in the rehabilitation program showed significant improvements in handicap and disability scores as compared to the patients on the waitlist. At a 1-year follow-up, patients in the treatment arm showed further reduction in handicap and disability scores, as well as fewer symptoms of the progressive multiple sclerosis relative to patients in the control condition (Kesselring, 2009). In another RCT, patients with sensory loss secondary to stroke and involved in a perceptual-learning based sensory discrimination program showed significantly greater improvement in sensory capacity, as indicated by scores on the Somatosensory Deficit Index, if they also received neurorehabilitation (Carey, Macdonnell, & Matyas, 2011).

Modular based (Weisz et al., 2012), or Transdiagnostic McHugh, Murray, & Barlow, 2009) psychological treatment is a relatively new form of psychotherapy designed to provide a personalized approach to treatment. This form of psychotherapy, developed outside of the neurorehabilitation field, may be a valuable resource for neurorehabilitation. Modular-based psychotherapy moves away from manualized, diagnosis-specific psychotherapy to offer a menu of modular treatment components from which clinicians can pick and choose to suit their patients’ needs. Studies examining the efficacy of modular-based psychotherapy in treating patients with comorbid psychiatric disorders have provided evidence suggesting it is more effective than standard cognitive-behavioral therapy and is more time efficient (Weisz et al., 2012). Given the heterogeneity of patients with neurological disorders, this form of treating psychological problems would enable clinicians to take a personalized, targeted approach while still using empirically supported psychotherapy techniques. Further, If the needs of the patient change as therapy progresses, as they often do, then the clinician can return to the menu of options and select a different module without deviating from the overall treatment goal.

As a consequence of degeneration of the motor areas of the brain, patients with PD experience symptoms that include hand and leg tremors, delayed voluntary movements, and difficulty walking. These physical impairments are often accompanied by depressive symptoms. In fact, up to 45% of PD patients can experience depression in addition to physical impairments (Chaudhuri & Schapira, 2009). These symptoms have been shown to exacerbate executive functioning and memory problems experienced by PD patients (Butterfield et al., 2010). One study found specific deficits associated with symptoms of apathy including diminished cognitive function, caregiver distress, impaired daily functioning, medication non-compliance, and even mortality (Butterfield et al., 2010). Treatment of secondary symptoms of depression may reduce functional impairment associated with the disease, restore autonomy, and promote treatment adherence.

Consider John, a patient with progressing PD who has developed a tremor, making it hard for him to carry out everyday tasks. He undergoes neuropsychological and psychological assessments to measure the deficits in physical and emotional well-being. Results of John’s tests show he suffers major motor deficits as well as symptoms of depression and associated functional impairment. John describes his condition as one in which he feels a significant loss of self-efficacy and control. He’s ashamed of his handicap, and as a result, has discontinued engaging in activities he used to enjoy. Whereas prior to developing tremors John led a social and physically active lifestyle, he now spends most of his time by himself. He admits often feeling helpless and convinced life will only get harder. According to John, he was always someone who managed for himself and was quite independent. Now he feels he has lost that freedom and dignity. Neurorehabilitation might help a patient like John to challenge these unhealthy cognitions, engage in behavioral activation, and seek support from social resources – all elements in the treatment of depression – but in the larger context of his progressing illness. This approach provides the flexibility to target specific areas of concern while taking into consideration all of the other elements of a patient’s rehabilitation and how each affects and is affected by his or her psychological functioning

Kesselring, J. (2009). Neurorehabilitation in Multiple Sclerosis—What is the evidence base? Journal of Neurology. 251, iv25-iv29.