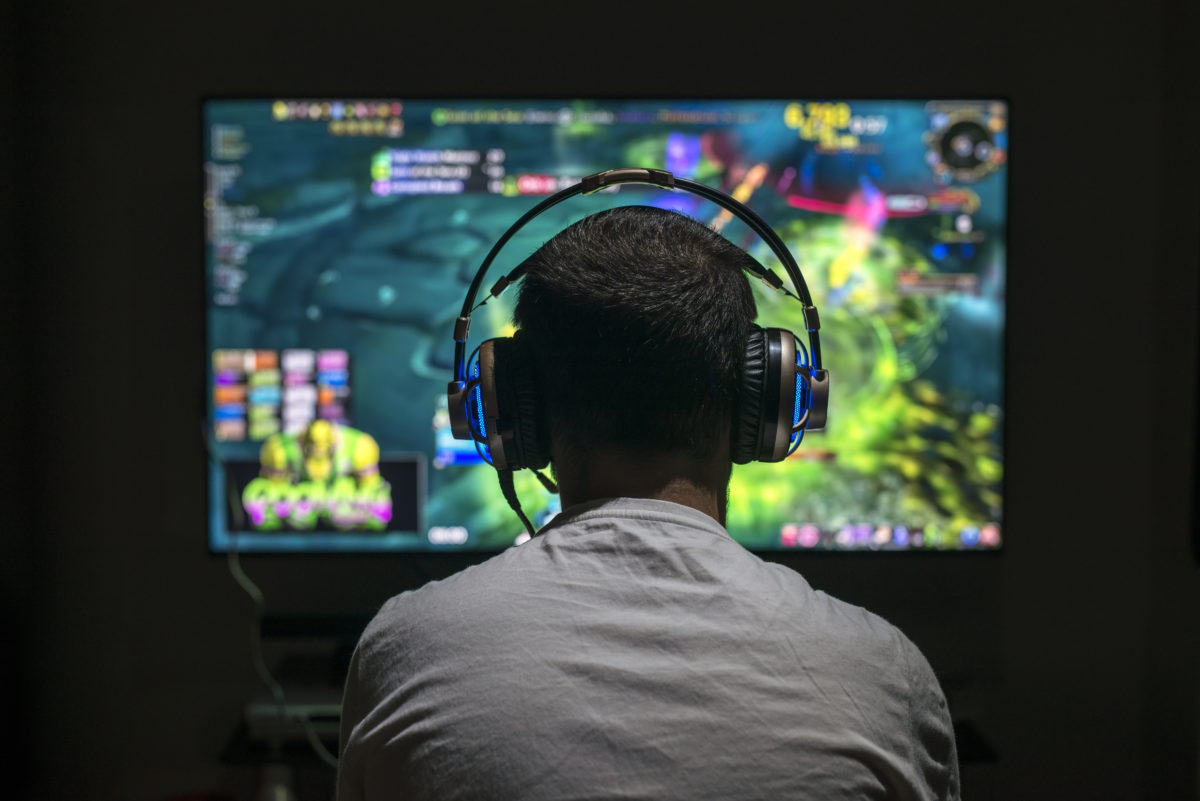 It is commonly believed that video games are inherently unhealthy for individuals and for society as a whole. For example, a recent statement from the US President linked video gaming to extreme violence and mass shootings in the United States:

“We must stop the glorification of violence in our society. This includes the gruesome and grisly video games that are now commonplace,” President Trump said. “It is too easy today for troubled youth to surround themselves with a culture that celebrates violence. We must stop or substantially reduce this, and it has to begin immediately” (Timm, 2019).

This statement is consistent with the troubling image of a lonely, depressed male gamer playing, perhaps, in his mother’s basement. According to conventional thinking, this gamer ignores daily responsibilities, plays obsessively, and has no romantic relationships or relationships of any kind outside of the virtual video game world. This pathologically addictive gaming behaviour then has only negative effects, such that he might be depressed or socially anxious. He may play violent video games for hours on end, which leads to increased aggression and anger levels. This anger is then directed elsewhere, such as a mass shooting that ends with his death, either by his own hand or that of the police with a ‘suicide by cop’. For ‘typical’ people who enjoy playing video games (such as the present author), these anecdotal beliefs and mental images are offensive and disturbing and, moreover, often inaccurate.

Indeed, video games reach a much wider population than the lonely male gamer of the vignette given above. According to recent gaming census information, there are close to 2.3 billion video gamers globally, nearly a third of the world’s overall population, with an estimated global revenue of 151.2 billion US dollars in 2019 (Game Gavel, 2019; Newzoo, 2019). The gender and age distribution are also quite different from anecdotal beliefs, such that 46% of gamers in the US are female (Entertainment Software Association, 2019) with 31% of gamers worldwide being 18-35 years old, 37% being older than 36, and only 32% being under 18 (Game Gavel, 2019). These recent statistics certainly shake the notion that it is only adolescent or young adult males that play video games; rather, the population is much more diverse than previously thought.

Our recent comprehensive literature review aimed to focus on video games in a positive light in order to determine what benefits they can have for various aspects of well-being. Specifically, we examined games with social aspects, physical activity, and the presence of violence to see how these factors of video games can be beneficial to well-being.

Firstly, video games that include social components have shown to have positive benefits on both prosocial behaviour and psychological aspects of well-being (e.g. Herodotou, Kambouri, & Winters, 2014; Jin & Li, 2017). For example, a study involving school children concluded that prosocial video games were significantly related to the ability to cooperate, share, and maintain positive relationships with each other outside of the game (Harrington & O’Connell, 2016). Further, online social games might be a possible alternative social outlet serving a similar function to in-person contact for players (Kowert & Oldmeadow, 2015). This is potentially positive, as this video game social interaction might promote enjoyable social contact for those with remote locations, psychological difficulties, or other factors that can inhibit in-person interaction (Odrowska & Massar, 2014).

Secondly, we argue that the full picture of the relationship between violent video games and aggression may be mixed, as confounding variables may have impacted some of these effects. For instance, previous research has shown that family and social variables as well as the motivation behind the violence are more significantly related to an increase in aggression than the violence itself (Ferguson et al., 2015; Gao, Weng, Zhou, & Yu, 2017; Sauer, Drummond, & Nova, 2015). Further, violent video games can also be played with a social aspect which in turn this alters the effect that the game has on well-being. Research here has demonstrated that adding a prosocial aspect to the game, such as protecting another character – either one controlled by another player or an NPC – can increase prosocial and helping behavior (Gitter, Ewell, Guadagno, Stillman, & Baumeister, 2013; Velez, Greitemeyer, Whitaker, Ewoldsen, & Bushman, 2016; Velez, Mahood, Ewoldsen, & Moyer-Guse, 2014). Additionally, players of both violent and non-violent video games had increased prosocial behaviors with the inclusion of cooperative gameplay when compared to solo gaming, (Jin & Li, 2017) alluding to potential benefits of adding prosocial aspects to any genre of video game.

Overall, this review concluded that the ways in which video games relate to well-being are nuanced and moderated by individual and socio-contextual factors. This includes the presence of social aspects, violence, and physical activity, though these positive effects are only seen when games are played for enjoyment purposes rather than for obsession. Video games themselves, then, are not dichotomous in terms of being positive or negative, but rather, the relationship between video games and well-being is determined by a combination of a multitude of factors. It is our hope that moving forward we can help to shake the notion that video games are inherently bad for individuals and shed light on how they can be beneficial to well-being.

Dr Yemaya Halbrook received her B.A. in psychology from California State University, Fresno in 2015, went on to earn her Master’s in psychological science from the University of Limerick in 2016, and recently completed her PhD in psychology from the University of Limerick in 2019. She is currently a Lecturer in Psychology at Mary Immaculate College in Limerick, Ireland.  Her main area of interest includes the relationship between technology and well-being with a particular focus on video games. The aim of her work is to better understand how video games can have positive influences for everyday life.

Professor Rachel Msetfi is Executive of Dean of the Faculty of Education and Health Sciences and Associate Professor in the Department of Psychology. Prior to taking up the role of Dean, Rachel served as Assistant Dean, Research in the Faculty, and Head of the Department of Psychology. Rachel’s research interests lie in the area of computational psychopathology. In particular, she studies attention, learning and behaviour in healthy people and vulnerable groups, in order to better understand risk and aetiology, and inform prevention and intervention. The aim of this work to better understand human empowerment, self-determination and autonomy and the factors that influence individual perceptions of control.